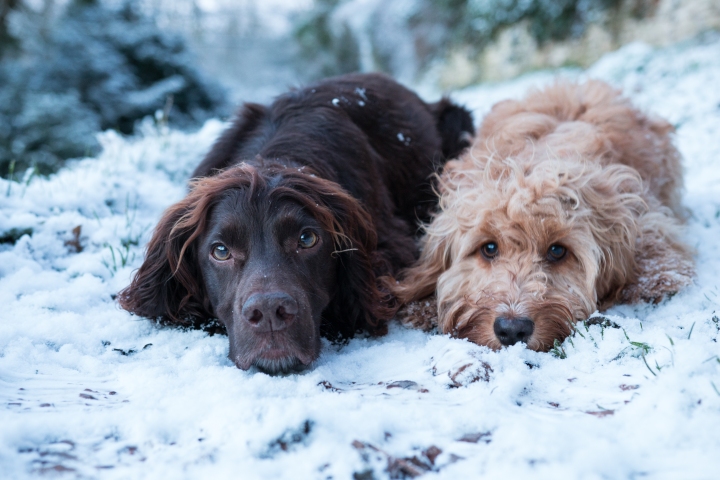 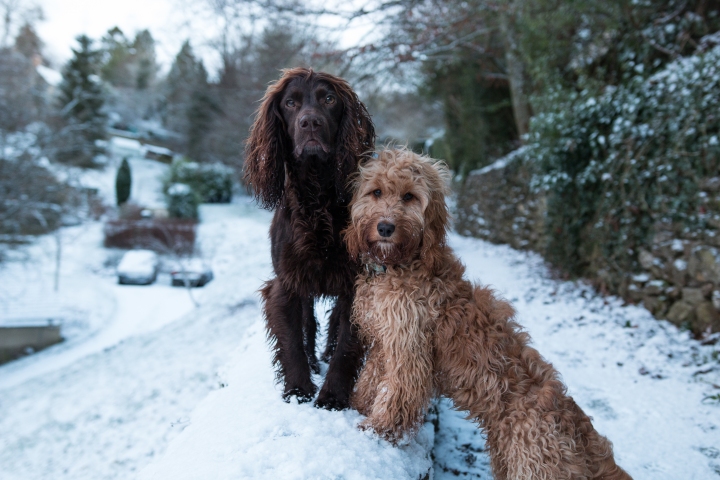 Recently across the Uk lots of humans and their dogs have been waking up to a covering of snow. It may have been very brief but we were lucky to experience a small layer even if it was only for a couple of hours.

I checked when my last snow photos were taken and it was back in 2012! When Woody was just 6 months old. As it had been so long I was excited with even the tiniest snowflake showing up on the weather forecast. 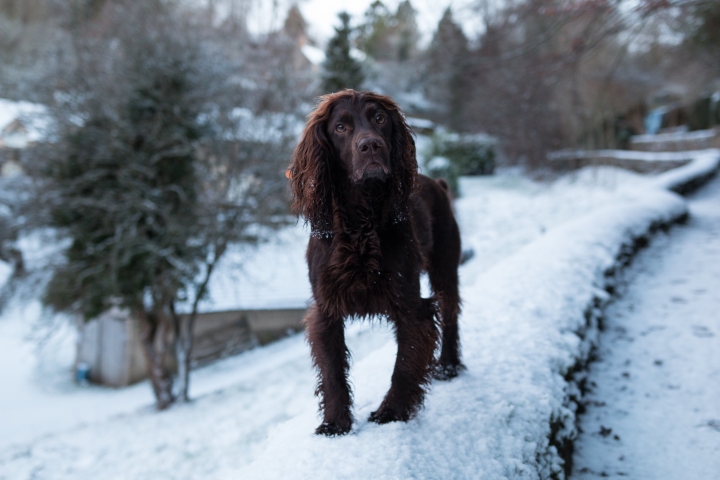 On Thursday evening we had a small flurry of snow, then turning to sleet, then to a heavy river of water running down the hill past our house. I thought that would be it and didn’t hold any hopes for snow over night.

Wilma woke me up early Friday morning at 5am for a wee. I always let her out when she asks but she knows she must go to sleep as soon as we come in even though she’d much rather play! As I opened the door to let her out I saw the beautiful white blanket. Snow has the wonderful power of illuminating everything around, so despite it being 5am on a winters night I could surprisingly see everything. Woody is not an early bird and refused to leave his bed not realising what had happened overnight. For Wilma it was her first experience of snow. 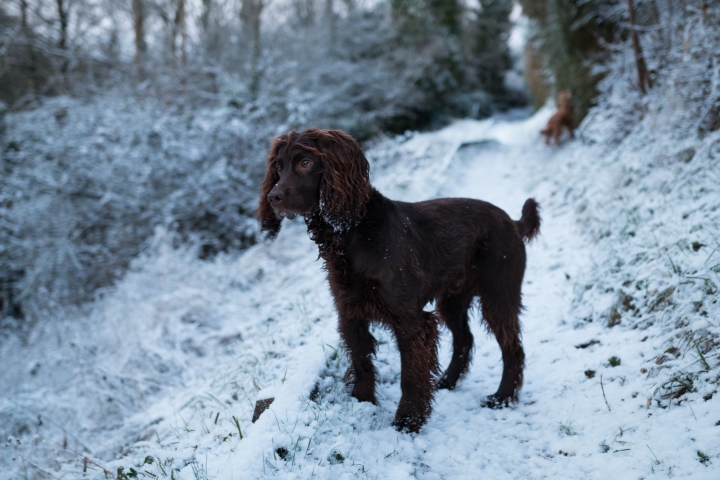 Whenever there is a morning frost or even just a chilly day Wilma will spend hours in the garden enjoying the cold, I actually enjoy the cold too – much preferring it to a hot summers day (they say dogs are like their owners!). She ran around like the mad spaniel she is, patting at the snow and chasing any flakes that may move. How often do you wake up to snow? For me it was 5 years since I had so I feel it was compulsory to stay outside and play with her…at 5am…in just my pyjamas and garden clogs…despite the freezing temperatures. It’s moments like this where you create memories and I certainly will always remember us rolling around in the snow having fun even though we must have looked totally bonkers to anyone else.

The only problem with winter is that the sun rises SO late in the morning. The dogs and I had to wait until 8am for there to be enough sunlight for our photos when we could finally head out. We live in a beautiful Cotswold village where most of the roads are challenging to drive down on a good day, so days like this make it a silent ghost town. We walked for a good 40 minutes down the roads without seeing anyone. Woody kept looking at me to say we shouldn’t be doing this because cars drive here (he’s so clever it amazes me).

It was the type of snow that is perfect for snowballs as it easily sticks together. But this wasn’t good for us as the dogs get massive snowy clumps all over their stomachs and legs which take forever to melt out in the shower! If we were lucky enough to get snow more than once I would have dressed them in their Equafleeces (the coats would just prevent the snow sticking to them because they weren’t actually that cold), but we needed snowy photos showing all their gorgeous fur. Woody couldn’t stop bouncing around like a puppy, he’s usually bouncy but the snow had put so much more spring in his step!

The way home is all the way down a steep hill, here people had started to emerge to grit the roads and attempt to make it out of the village. For an hour or so all normal cars had to abandon this because of the icy conditions and lots of them skidding off the roads. Instead the roads were full of 4×4’s with people looking smug inside. Surprisingly we saw no other dogs out enjoying the snow whilst we were having fun.

By 11am there was no evidence that the snow had ever visited. To me everything looks so much more dark and miserable after it has looked so beautiful in the snow. There’s still over a month of winter left so we’ve got our paws crossed for more (and much heavier) snow to come please! I didn’t have enough time to walk to a field, but its definitely on the list to get some snow action shots.

We’d love to hear how much snow you had?